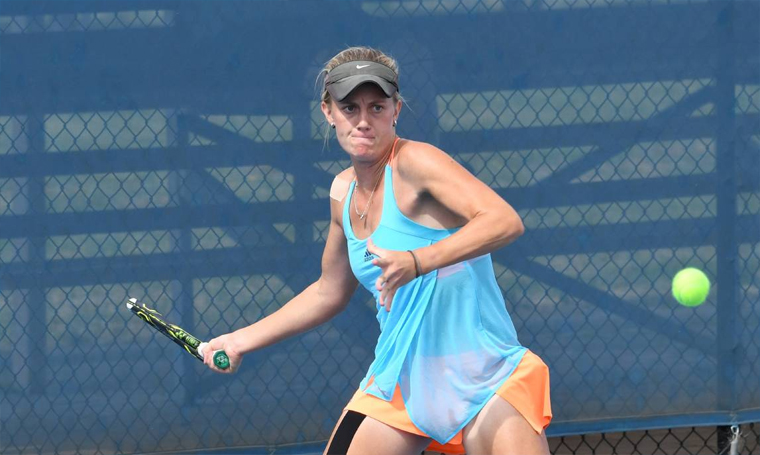 Most of the wildcard entrants have dropped out of the Caterpillar Burnie International main draw, with the exception being Victoria’s Zoe Hives.

Ranked 302 in the world, Hives has made light work of her first two opponents, third seed Patty Schnyder of Switzerland and Japan’s Miyabi Inoue in two straight sets matches.

The most impressive of the two victories was the 6-1, 6-2 win against the former world number seven Schnyder and Hives said she knew very little about the 39-year-old.

“I didn’t know much about her, I watched a couple of her matches she played online and I had known she had been a very good player,” Hives said.

“So knowing so little about her, I went in a little nervous, but in the end I couldn’t be happier with the result.”

Hives ranking has been on the rise in 2018 after she took out her second professional singles title at the City of Playford Tennis International in January.

A focus on the mental strength is what the 21-year-old believed was helping her successful start of the year.

“I think this year I’ve concentrated on how I am playing and I have been working a lot on the mental side of the game lately and that has really helped.

“In Playford it was really helpful and even today with the wind, it is all about letting go if you make a mistake and the conditions are difficult out there.”

The move to the professional tours has not been easy for Hives, who missed over a year with a range of leg and back injuries from 2016.

Having the next few month not needing to protect ranking points from previous seasons, Hives said the focus within tournaments remains to build towards the main tour.

“So last year I started unranked and now I am up 302 and this week whatever I do will bring me down.

“I also don’t really have any points to defend until about March and April.”