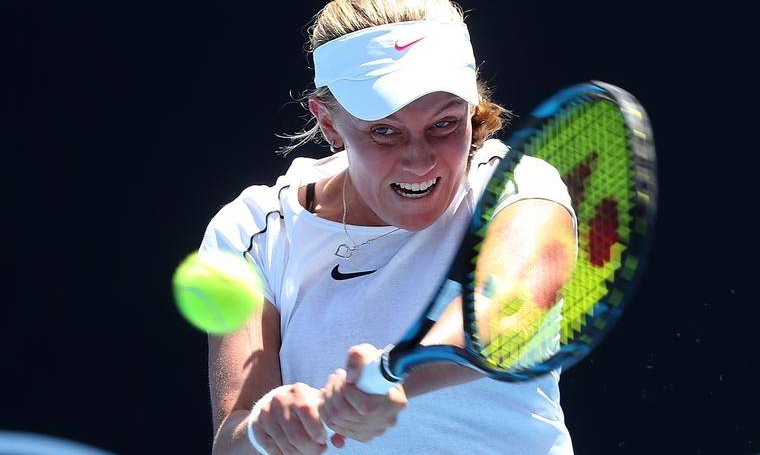 Rookie home hopes Zoe Hives and Kimberly Birrell are savouring the most significant wins of their fledgling careers after cashing in on Australian Open wildcard entries with breakthrough first-round triumphs at Melbourne Park.

Hives defied her world ranking of No.225 to upstage seasoned American Bethanie Mattek-Sands 6-1 6-2 before Birrell joined her in the second round with a 6-4 6-2 defeat of Spanish qualifier Paula Badosa Gibert.

Hives, a 22-year-old from Ballarat making her grand slam debut, could barely believe it after earning a crack on Wednesday at French 19th seed Carolina Garcia.

“I’m still processing it a bit but, yeah, amazing: my first grand slam and to get a win in the first one, it feels really great,” Hives told AAP.

“It is really nice to have that crowd. You can tell when I won a point. It’s a lot different to when she won a point. I had a lot of people up from Ballarat today – family members.”

Hailing from the same Southport tennis centre that produced Samantha Stosur and Bernard Tomic, Birrell will play Croatian Donna Vekic next after continuing her breakout summer.

After winning last month’s Open wildcard playoff at Melbourne Park, the 20-year-old stunned world No.10 Daria Kasatkina at the season-opening Brisbane International before also reaching the second round last week in Sydney.

Like Hives, Birrell can look forward to a nice rankings rise following their milestone wins, not to mention a career pay day of at least $105,000.

Jordan Thompson and Matt Ebden added to a banner first day for the host nation with impressive wins.

Thompson’s 6-1 7-6 (9-7) 6-3 triumph over Spaniard Feliciano Lopez was just his fourth in 18 grand slam matches and set up a clash with another veteran, Italian Andreas Seppi.