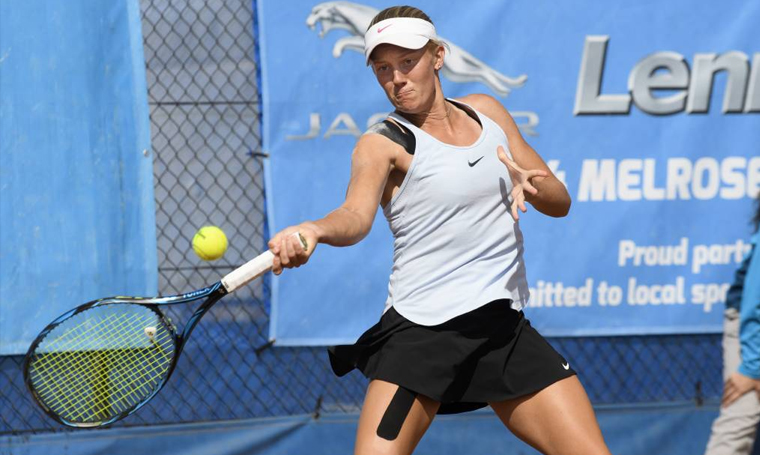 Ballarat’s Zoe Hives has taken another massive step in her tennis career, her biggest yet, earning a wildcard to the main draw of the Australian Open women’s singles.

The wildcard is a huge breakthrough for the 22-year-old who bounced back from injury in 2018 to gain a career-high world ranking of 215 and will now realise a dream when she steps out onto the Melbourne Park courts when the Australian Open begins on January 14.

Hives said she was extremely excited by the news, she knew she was a chance for a wildcard, which is awarded by Tennis Australia, but for it to be confirmed was a special moment.

“My first win at Brisbane was pretty good and then I pushed the next girl, so that didn’t hurt my chances.”

Hives said these results, along with the three ITF singles titles in the back-end of last season, gave her the confidence she belonged at the level.

“I’m a bit nervous about it, but I feel pretty good.

“Brisbane helped reinforce that I belong at that level, so I’m feeling pretty good about it. Come the day I might be a bit nervous, but I’m just looking forward to it and having the opportunity.”

Not only will this be a memorable occasion for Hives, but with a minimum paycheck of $75,000 for the tournament on offer, this will provide a financial springboard to allow the rising tennis star to attend more overseas tournaments.

The Australian Open draw will take place on Thursday.