Zoe Hives: I’m a bit shocked at how well I played today

HomeNewsZoe Hives: I’m a bit shocked at how well I... 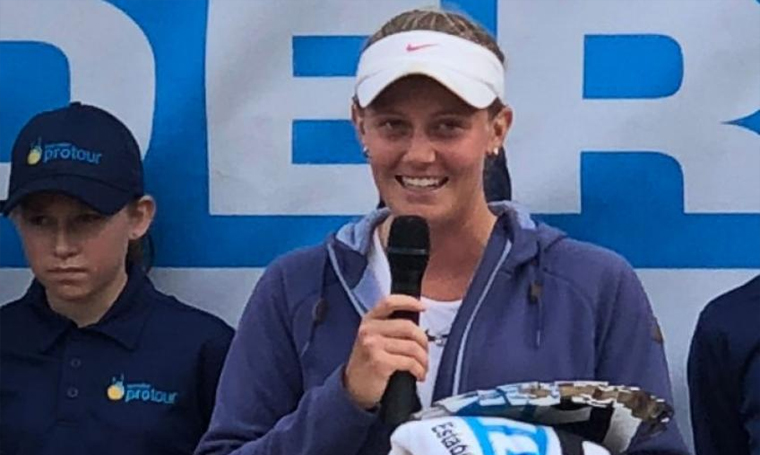 Zoe Hives defeated Ellen Perez in straight to win the Hutchinson Builders Toowoomba International title after coming back from an injury. “I still can’t really believe it but I’m happy to have got the win,” Hives said.

“I’m a bit shocked at how well I played to be honest. I came out and was just on from the start. I didn’t give her much of a chance to settle.” With the weather not on their side, both the competitors were scheduled to play consecutive matches with Perez grinding out her quarterfinal and a semi-final which was taken to three sets.

Perez has now lost three consecutive finals on the Australian Pro Tour, after missing title opportunities in Darwin and Brisbane. Speaking about the match the Victorian was considerate towards her opponent, “She’d already had a big day, but it was hard for both of us actually,” Hives said.

Missing a large part of the season due to injury, she is happy to be back and is looking to make the most of her come back in times to come. “I came here this week just wanting to find some form and now I’ve been able to do this, I’m really happy.